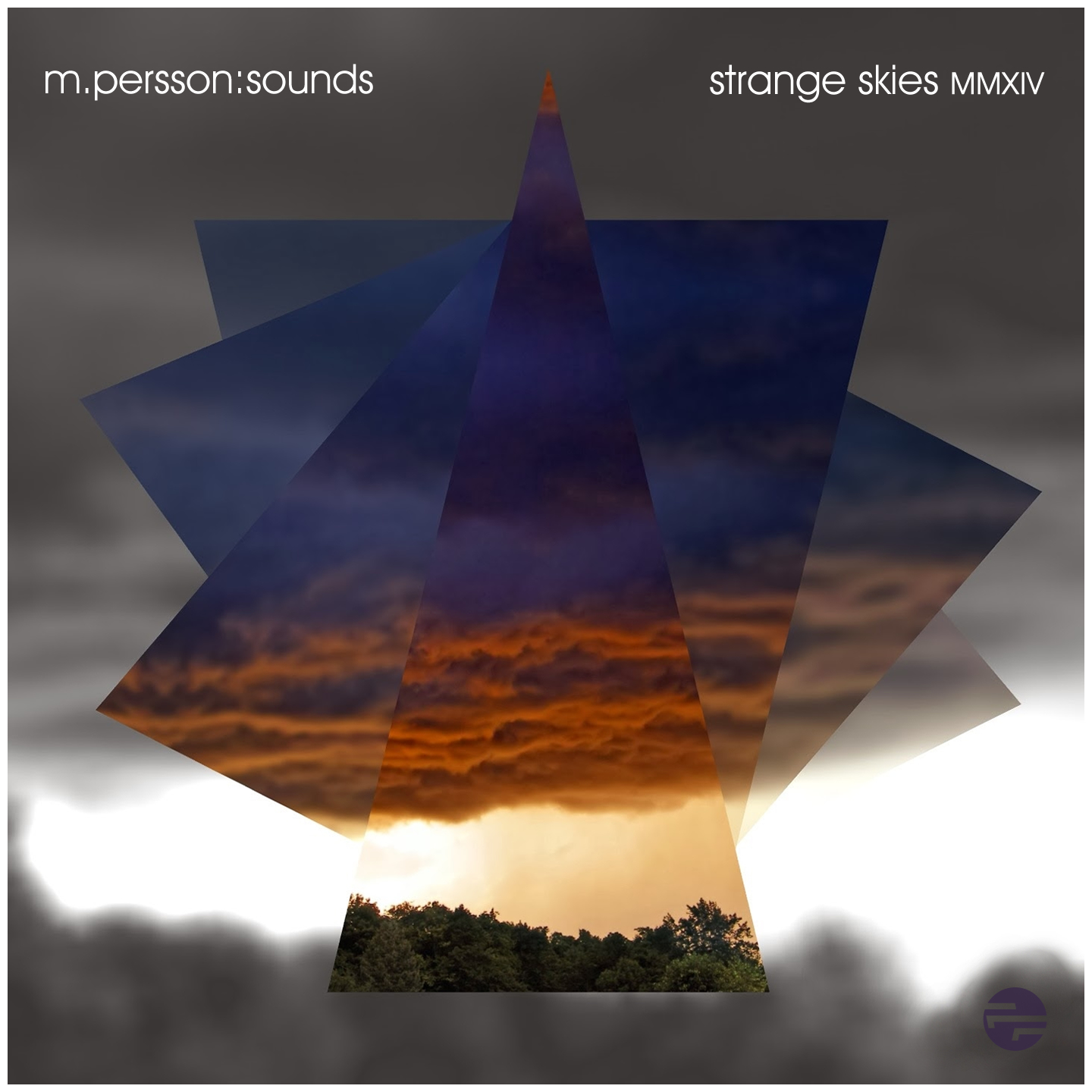 Here's something I wrote in 2010 regarding the original release of Strange Skies:

Back when I was doing my radio show on Stillstream, I was dedicated to finding as much new music as I could, so I would find and listen to a lot of music. Some was good, some was fair, some was awful. But then there were some albums that I would keep coming back to. Even as new music appeared for me to play, I would be drawn to certain releases that just rose above the rest.
To me, Strange Skies is one of those.

Released on defunct netlabel (those words seem to show up as a phrase too often these days…) Lunar Flower, Strange Skies is the work of Swedish artist/synthesist Mats Persson. Over the course of these 7 tracks, Persson builds a lush sonic world in which to dream, wonder or just be.

The tracks each have their own voice, but more important to the effect of this album is the feel of continuous flowing waves of sound. While there is silence between individual tracks, it feels a natural continuation of the soft droning pads that permeate the tracks.

There are times when listening to certain albums or pieces that I have a feeling that this sound has created a world that I can inhabit. It is something that I feel and intuit more than something logically constructed. I can’t really explain it very well, but the best I can come up with is that I have the sensation of floating weightless in a warm, dark space. I don’t really think—the brain slows down and the monkey mind is silenced. I can just be. This is one of those albums that carves out a space like this for me. I can drift, semi-conscious, on clouds of simple flowing sound.
Sorry if that isn’t sufficiently descriptive of the music itself, but the best I can do is describe my reaction the music and how it makes me feel.

I jokingly poked Mats a few days ago, urging him to make more music. He good-naturedly replied that he knew it was something he should do. Well, I don’t know what he ‘should’ do. I don’t think music like this can come when there is pressure to produce. It comes out of moments that arise that require their expression in sound. It does take time and effort to put this together, but I think it will happen when the urge to create is too strong. Then it won’t feel like an effort—it will just feel right.

I can’t wait for that moment to strike Mats again. In the meantime, I will just listen to Strange Skies over and over and drift through that heavenly space.

There isn't much more I can add to that, except to note that the new tracks which Mats has composed excellently complement and extend the original work. This look back to the past, then, provides a glimpse into the future of Mats' music. And it's a beautiful future, indeed.

I am very proud to re-introduce you to the sublime music of M. Persson: Sounds.

All music by M.Persson: Sounds
Artwork by Brad Ross-MacLeod
Original photo by Nicholas A. Tonelli

Uploaded by FreeFloating on September 30, 2017